A fairly common question and one that I’ve gotten a number of times is whether or not you should bulk or cut first. Before we get any further I’d just like to say that the old-school idea of gaining as much weight (generally fat) as possible and then cutting to see what you’re left with is not what I’ll be referring to or recommending here.

That old mentality of stuffing your face with as much food as humanly possible has faded. And for good reason. 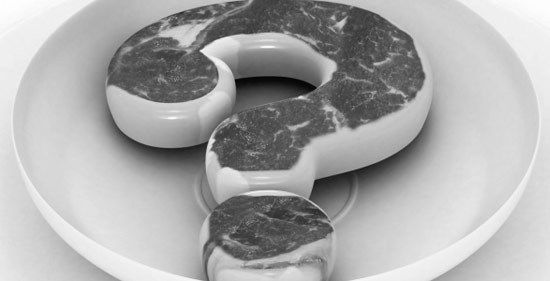 When it comes down do it you are either going to build muscle or lose fat.

Yes, I know that it is possible to do both. I’m not saying it is not possible.

However, I am going to stand behind the fact that unless you are a beginner, super-genetically gifted or making incredibly slow gains that you are not going to be able to cut fat and build muscle.

So … it is much more effective to either bulk or cut.

So which should you do first?

My answer to that is actually pretty simple … not surprising, I know. 🙂

As a general rule I believe that if you are not 10% body fat or less you should consider cutting first.

Now there are some that look better than others at this percentage. For me personally, I definitely need to cut when I’m at 10% because I carry pretty much all of my fat on my stomach … my lower stomach.

However, there are guys who are lucky enough (in my opinion) to hold their fat in their lower body like their butt and thighs. For these guys, their pecs, abs and shoulders are going to look much better at 10% than those who carry their fat up top.

So that’s my answer.

If you are above 10% body fat or look slightly chubby you should probably cut first.

If you are ready to bulk up you might want to try this workout to bulk up and remember how much you should eat while you are in that phase so that you don’t gain an excess amount of fat.

Below are a few tips on how to cut but before we get to that here are a few reasons you should consider cutting first.

You look better lean
Whether you have a lot of muscle or just a decent amount of muscle, you will look better lean. Take Brad Pitt in Fight Club for example. He was small weight wise but he looked a lot bigger. Now, I’m not saying he looked big, but for being over 6′ and weighing 155lbs, he didn’t look too skinny.

Avoid the fat stage
Instead of being fat “because you’re bulking” you should start off lean and then bulk. You don’t have to be huge to starting cutting. I started cutting while reviewing Visual Impact Cardio and I wasn’t huge. At the end I looked like I had more muscle even though I just had the same – see my point above about looking better lean.

Get the hard part over with first
I’m a believer in attacking a problem head on. No wasting time. If it’s there get it out of the way (if possible) and move on. For most guys, getting lean is harder because of that four letter word … diet. Although not “fun” it is vital to getting lean.

How to Start Cutting

Okay, so this article is not a go-to guide on how to get lean but here is a quick overview of the most important steps … in order of priority.

Eat a caloric deficit
In just about as simple terms as it gets, you just need to eat less to lose weight. Of course, there can be other factors that come into play but this is the most important.

Lift heavy weights
Next on the list, and actually just as important, is to lift weights. Okay, technically it doesn’t have to be a barbell or a dumbbell but you do need to be performing some type of strength training. This will prevent you from losing muscle with the fat.

Smart cardio
Yes, cardio is bashed these days. But it shouldn’t be. You will notice that I do have it listed as number four on this list though. Cardio is just another tool to help you create an even greater calorie deficit and speed up weight loss.

Work out in a fasted state
I actually remember when I very first heard about this. I read this on one of Rusty Moore’s bog posts about fasted workouts. I almost can’t workout in a fed state now because I’m so used to it and I find that I have as much or more energy once I get going.

Okay, so if you are over 10% body (or look even slightly chubby) and are wondering if you should bulk or cut first you should cut first … you’ll be happy you did.

IC-5 Review – Does BioTrusts’s Supplement Really Boost Insulin Sensitivity and Fat Loss? Controversial Advice From The Experts On How To Lose Muscle Mass On Purpose