As far as diets go, the Paleo Diet is getting a huge amount of interest lately. But what exactly is it? The word “paleo” doesn’t mean a great deal to most people, and it isn’t until they start looking into it that things start to make sense. Hopefully, this overview of the Paleo Diet will be able to answer most of your questions.

A long, long time ago, when the dinosaurs had only just gone extinct and people had started to appear, still living in caves, the Paleo Diet was developed. Naturally, none of this was written down, it was prehistory after all, but it is the lifestyle of those cavemen that was the inspiration for the Paleo Diet. 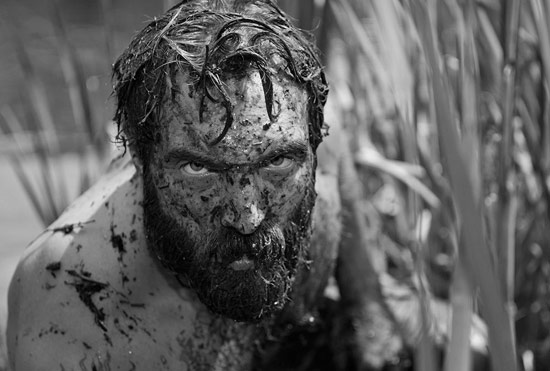 “The human body evolved over millions of years. We’ve only been eating grains and other things since the agricultuarl revolution – which happened about 10,000 years ago. That might sound like a long time, but it’s really a teeny, tiny amount in comparison to how long we’ve actually been roaming this blue marble in space.” – Ultimate Paleo Guide

As such, Paleo Diets and others are all about going back to the foods that our bodies were actually made for. It is about eating nuts, fruits, vegetables and meat, cutting out processed products, grains, sugars and salts.

Benefits of the Paleo Diet

The greatest thing about the Paleo Diet is that it really is very good for your body and overall health and well being. Because you cut away anything that is processed – including meat, as this now needs to be fully organic – you will enjoy greater health. Naturally, the diet also helps you to lose weight, thereby helping you be healthier as well. All of this has been proven scientifically as well as standing the test of time.

“Improved blood lipids, weight loss, and reduced pain from autoimmunity is proof enough … The Paleo diet has stood not only the test of time, but also the rigors of scientific scrutiny.” – Robb Wolf

What Can You Eat?

The most important question, once you know why it works and how it works, is what you actually can and cannot eat. It sounds very simple to say that you shouldn’t eat anything processed, but that is actually slightly more complicated than it appears. This is why it is important to do some proper research into the Paleo Diet so that you know you are doing it right.

“The diet is based on the foods that could be hunted, fished, and gathered during the Paleolithic era — meat, fish, shellfish, eggs, tree nuts, vegetables, roots, fruits, and berries.” – Web MD

However, it is no longer possible, for most of us anyway, to actually hunt for your food. Foraging, gathering your own food and growing your own organic vegetables is possible, but the meat is generally the hardest part to achieve. This is why you should make sure you only eat organic, lean cuts of meat. Check, for instance, that the beef you eat is from 100% grass fed cows, meaning they also do not consume any man-made foods, which contain various processed ingredients as well as various antibiotics. The meat part is generally the hardest to achieve, which is one of the reasons why many people who follow the Paleo Diet cut meat out of their diet completely, bar the occasional hunting or fishing trip.

One of the biggest changes for many people is to move away from grains. We eat a huge amount of grains, but our cavemen ancestors didn’t touch them. This is because the agricultural revolution didn’t start until about 10,000 years ago. 10,000 years may sound like a long time, but from the perspective of human evolution it is a mere moment. Grains, in other words, are a no-go area within the Paleo Diet. In order to follow the diet, you must go completely gluten free.

“Grains, especially grains containing gluten such as wheat, barley and rye, are gut irritants. Gut lining irritation keeps us from properly digesting our food and can lead to inflammation in our bodies. Inflammation is the root cause of many of our “diseases of civilization” and eating processed foods alters our hormone levels in detrimental ways. Eating grains and sugars causes insulin levels to spike which, over time, can lead to diabetes. When you eat processed foods you are putting yourself at a much higher risk for autoimmune diseases, cancer and the like.” – Paleo Spirit

Many people read about the Paleo Diet and think it is very difficult to maintain. It is true that it is not the easiest diet, particularly when eating out. However, it is absolutely worth it and you should give it a try.

Eating Carbs At Night – Good, Bad Or Does It Even Matter? Should You Drink Coffee Before You Workout? I Think Yes!