Chin Ups VS Pull Ups – What’s The Difference And Does It Matter Which One You Do?

At some point you’ve probably wondered what the difference between chin ups and pull ups are. When it comes to chin ups vs pull ups there is one common and excepted distinction. 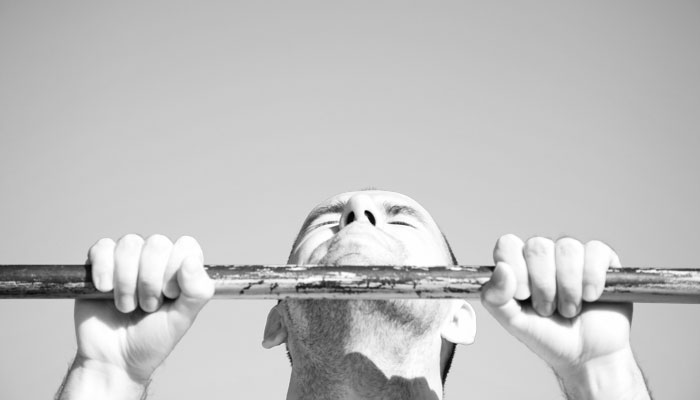 Chin ups and pull ups used to be considered just one exercise done with alternated grips.

The same principle applies to chin ups and pull ups. They are essentially the same exercise but by changing the grip you place more emphasis on different muscles.

Chin Ups VS Pull Ups – Which Is Better?

So which variation should you do? Believe it or not, this is where a little indecision will benefit you. The truth is that you can’t truly label a chin up as being a better exercise than a pull up or vice versa.

Although some have very strong and convincing arguments as to why chin ups vs pull ups are better, each has it’s own advantages. I say do both.

There was a study done back in December of 2010 by this simple and short name: Surface electromyographic activation patterns and elbow joint motion during a pull-up, chin-up, or perfect-pullup™ rotational exercise. to determine the effectiveness of the Perfect Pullup™ product when compared to doing a standard chin up and a standard pull up.

What is interesting about this study is that it shows some significant differences between chin ups vs pull ups.

Side note: the Perfect Pullup™ is not anymore “perfect” than a normal pullup:

“The Perfect·Pullup™ rotational device does not appear to enhance muscular recruitment when compared to the conventional pull-up or chin-up.”

As you can probably guess, both of the exercise variations had significant involvement of the lats. Another not too shocking discovery was that the chin up had higher levels of bicep activity.

What was a bit of an eye opener for me was that the chin up called for a higher level of activity from the pecs than a pullup. Next time you do a chin up you will notice the engagement of the pecs really is much greater when doing a chin up versus a pull up.

When Pull Ups Are Better Than Chin Ups

Overall the chin up seems to have an edge over the pull up but the pull up does have some advantages.

While the chin up requires more from the biceps and pecs, the pull up engages the lower lat much better. The lower lats are one of the harder muscles to target and yet having well built lats can make a great difference in the overall appearance of your upper body.

By doing pull ups you get many of the benefits that you get from doing chin ups but with more emphasis on the lower lats.

The Ultimate Pull Up Variation

My favorite pull up variation has got to be the muscle up. Checkout this video to see the world record being set. This guy makes them look so easy but trust me, they are tough.

Pull ups or chin ups should be a staple of your workout routine. I picked up an Iron Gym Total Upper Body Workout Bar for $30 and it’s actually been awesome.

Although you won’t be able to do a muscle up with a home pull up bar, you can at least get stronger at doing pull ups in hope to bust some (or even one) of these out at the gym or on some playground equipment.

44 Leg Exercises For Women – But Which Are Best For Toning Your Gams?

Some Of The Best Forearm Exercises For Mass & Muscle Tone