Should I Workout With A Cold … Or Sit On My Butt And Rest?

A fairly common question I get asked (and one that I’ve often wondered myself) is whether or not you should workout if you have a cold.

At first, it might seem obvious. To some, working out while you are sick is just plain dumb. However, to others (like me) a moderate workout can actually make you feel better. But whether you feel better or not, should you? 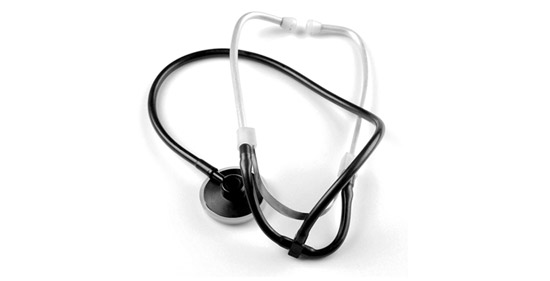 In case you weren’t aware, rhinovirus is the fancy name for the cold bug. No, it has nothing to do with the Rhino Bug.

Now, as I’m writing this article guess what, I’ve got a case of the rhinovirus. But I still worked out today.

Was my working out a bad idea?

Even though I often feel better after I workout, some would still say that I still shouldn’t. Some feel that they absolutely should not workout so that they can get better quicker.

Well guess what … the old excuse of “I’m coming down with a cold” just isn’t going to cut it anymore.

Why do I say this?

Okay, yes, I’m one of those “you’ve got to sweat it out” people, but there’s more to it.

Although I have always assumed it was fine to exercise while I had the cold, I was basing this assumption off of how I felt afterwards.

Recently though, I’ve been geeking out on my iPad researching the topic.

It turns out there have actually been a few studies that show exercising while you have a cold is not bad for you and does not prolong the symptoms.

Awesome! I’ve always assumed this. And now I have even more reason to believe it.

On the PubMed website (a site full of citations, abstracts and articles) there is an abstract titled “The effect of exercise training on the severity and duration of a viral upper respiratory illness.”

The aim of this abstract was to determine whether or not exercise affects the severity and duration of the common cold (rhinovirus 16 in this case).

The researchers took 34 people from the ages of 18-29 and separated them into two groups.

They made the teams fair by keeping similar ages and fitness levels on both teams equal. Once the teams were picked they infected everyone with the cold.

At the end of the experiment they found that (under this experiment) the severity and duration of the rhinovirus was not effected by moderate exercise training.

Honestly, I was hoping that it would show in increase in recovery time from the cold but it didn’t. Still, I know for me personally, I usually feel much better after I get in a light to moderate workout.

Now, don’t get me wrong. There are definitely times when exercising is not a good idea.

But as far as the common cold goes, it’s usually okay to do so. A good rule to follow is to go ahead and workout if you’re sick in the head but not to workout if its in your chest.

Here are three good pieces of advice from Edward R. Laskowski, M.D, as listed in an article titled “Exercise and illness: Work out with a cold?”

If you have the flu, are hacking, coughing and sneezing all over the place … don’t workout. Do everyone at the gym a solid and stay home. Good for you that you are determined to stay fit, but please don’t share.

Also, I am in no way suggesting that you need to go the gym and contaminate everyone. You can do a body weight workout, go for an easy to medium intensity walk outside, a hike – whatever.

If you feel like you need to go the gym, well that’s up to you, but be conscientious of spreading your bug.

Are The Amount Of Calories Burned Walking Really Worth The Time And Effort?